On Friday, 4 January 2019 an event was held at the Verdi auditorium of the Verona Exhibition Centre to celebrate the 25th anniversary of the founding of Datacol.

Around 560 participants, including staff, customers and suppliers, attended to honour the first quarter century of the Datacol Group’s activity.

This exciting and emotional day, agreeably hosted by Sky sports journalist Federica Lodi, kicked off with a speech by Renato Mascotto, Sole Administrator of the Datacol Group, who recalled the company’s birth in June 1993 along with all the milestones along a journey that has led Datacol to quintuplicate its operating spaces in 25 years and to exceed € 100,000,000 in turnover by the end of 2018. An extraordinary story of growth made possible “by an effective sales structure, the reliability of staff and the opening of different business divisions abroad”, underlined the Director, who took the opportunity to announce the target turnover for the next five years: € 200,000,000.

Andrea Mascotto, General Manager of the Datacol Group, then took the floor and began by outlining the new phase that Datacol is preparing for, now that with twenty-five years of activity completed its “adolescence is over” and Datacol is preparing to pass over to adulthood – a time, even in the life of an organisation, when the words “growth, responsibility and future acquire a different meaning”.

As tradition dictates, the year 2021 for DATACOL has kicked off with a meeting with all its collabor...

In recent decades, climate change has had a major impact on natural and human systems on all contine... 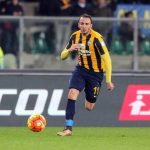 Datacol and sports
All Posts

Datacol and the environment: Green Line

This website uses cookies to improve your experience while you navigate through the website. Out of these cookies, the cookies that are categorized as necessary are stored on your browser as they are essential for the working of basic functionalities of the website. We also use third-party cookies that help us analyze and understand how you use this website. These cookies will be stored in your browser only with your consent. You also have the option to opt-out of these cookies. But opting out of some of these cookies may have an effect on your browsing experience.
Necessary Always Enabled
Necessary cookies are absolutely essential for the website to function properly. This category only includes cookies that ensures basic functionalities and security features of the website. These cookies do not store any personal information.
Non-necessary
Any cookies that may not be particularly necessary for the website to function and is used specifically to collect user personal data via analytics, ads, other embedded contents are termed as non-necessary cookies. It is mandatory to procure user consent prior to running these cookies on your website.
SAVE & ACCEPT